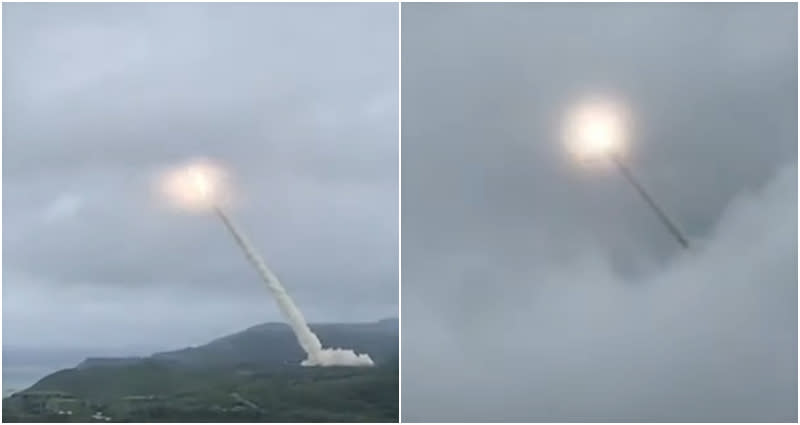 China has threatened Taiwan with an “accelerated demise” in retaliation to a Taipei lawmaker’s revelation that the self-governed island has supersonic missiles capable of reaching Beijing.

You Si-kun, president of Taiwan’s Legislative Assembly, disclosed the Yun Feng missile’s capabilities at a keynote speech On Sunday. He said he already knew that this type of missile could reach Beijing when he served as premier between 2002 and 2005, but he could not talk about it publicly at the time.

The Yun Feng, known in English as Cloud Peak, is a medium-range supersonic land-attack cruise missile. You said it is already in mass production, warning China to “think twice before invading Taiwan.”

“Taiwan of course would never invade China… nor would Taiwan actively strike Beijing or the Three Gorges Dam,” You said. “But before China attacks Taiwan, it must consider Taiwan’s existing capacity to strike Beijing.”

More from NextShark: Elderly Asian woman paralyzed after being stabbed in the neck in her Long Beach liquor store

Taiwan reportedly started developing the Yun Feng in secret after the 1996 Taiwan Strait crisis, which erupted after a series of missile tests conducted by China. The tests were meant as a warning to then-Taiwanese President Lee Teng-hui, whose administration was beginning to depart from Beijing’s One-China policy.

In his speech, You added that in the event of an invasion, Chinese vessels crossing the Taiwan Strait will be sunk by anti-ship missiles such as the Hsiung Feng III (Brave Wind III). But if Chinese forces do manage to land, he said Taiwanese people should have the same determination as the Ukrainians have had in their fight against Russia.

You, who also serves as Legislative Speaker of the Democratic Progressive Party, was among three Taiwanese officials sanctioned by China late last year. The other two were Premier Su Tseng-chang and Foreign Minister Joseph Wu.

China has long set its eyes on reunification, threatening to take Taiwan by force if necessary. In response to You’s statements, Beijing said through its Taiwan Affairs Office that the island would face a faster demise if it were to fight.

“The ravings of stubborn pro-Taiwan independence members like You Si-kun only exposes their frenzied nature,” spokesperson Ma Xiaoguang said, according to Newsweek. “If [they] dare strike a stone with an egg, it will only accelerate [their] demise.”

The war of words between Beijing and Taipei comes amid continued tensions in the Taiwan Strait, and also after US President Joe Biden confirmed the country’s stance to defend the latter in the face of an invasion. The State Department, however, dialed down Biden’s comments to a degree last month.

More from NextShark: Newborn Babies Get Mini Face Guards for Protection in Thailand