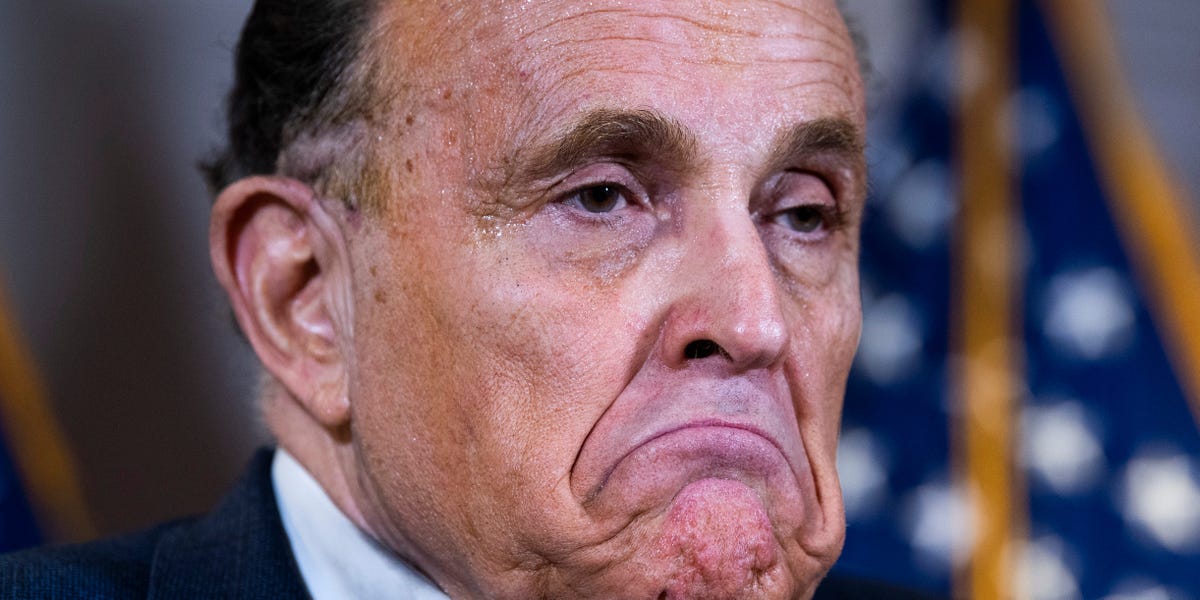 Eric Herschmann, a former Trump White House lawyer, revealed on Thursday that even on the morning of the Capitol riot, Rudy Giuliani was still debating whether then-Vice President Mike Pence had the power to overturn the votes in the 2020 election.

Herschmann’s testimony was aired on Thursday during the third of six public hearings organized by the January 6 committee investigating the Capitol riot. Thursday’s session centered on the pressure exerted by the Trump camp in a bid to get Pence to overturn the vote.

Herschmann said he received a call “out of the blue” from Giuliani on the morning of January 6, 2021, concerning what Pence’s role would be that day.

“And, you know, he was asking me my view and analysis and then the practical implications of it,” Herschmann said, who described the call as an “intellectual discussion.” “And when we finished, he said, like, ‘I believe that, you know, you’re probably right.'”

Rep. Pete Aguilar, a member of the House panel, said this was indicative of how Giuliani knew the problem with touting the theory that Pence was able to overturn the votes.

“Of course, the fact that Mayor Giuliani seemed to admit that the theory was wrong did not stop him from going before the crowd just a few hours later on January 6th and saying the exact opposite,” Aguilar said, referring to the Trump-allied lawyer and trainer New York mayor.

He then played a clip of Giuliani’s speech at the Trump rally at the Ellipse, which preceded the Capitol riot. In the clip, Giuliani was heard claiming that Pence could “decide on the validity of these crooked ballots or he can send it back to the legislatures, give them five to 10 days to finally finish the work.”

Giuliani has continued to make false claims of vote fraud in the 2020 election. He is also facing a $1.3 billion defamation lawsuit against him, fellow Trump ally Sidney Powell, and MyPillow CEO Mike Lindell by Dominion Voting Systems.

Giuliani was also suspended from practicing law in New York and hit with an ethics charge by the DC bar over his baseless election claims in June 2021.