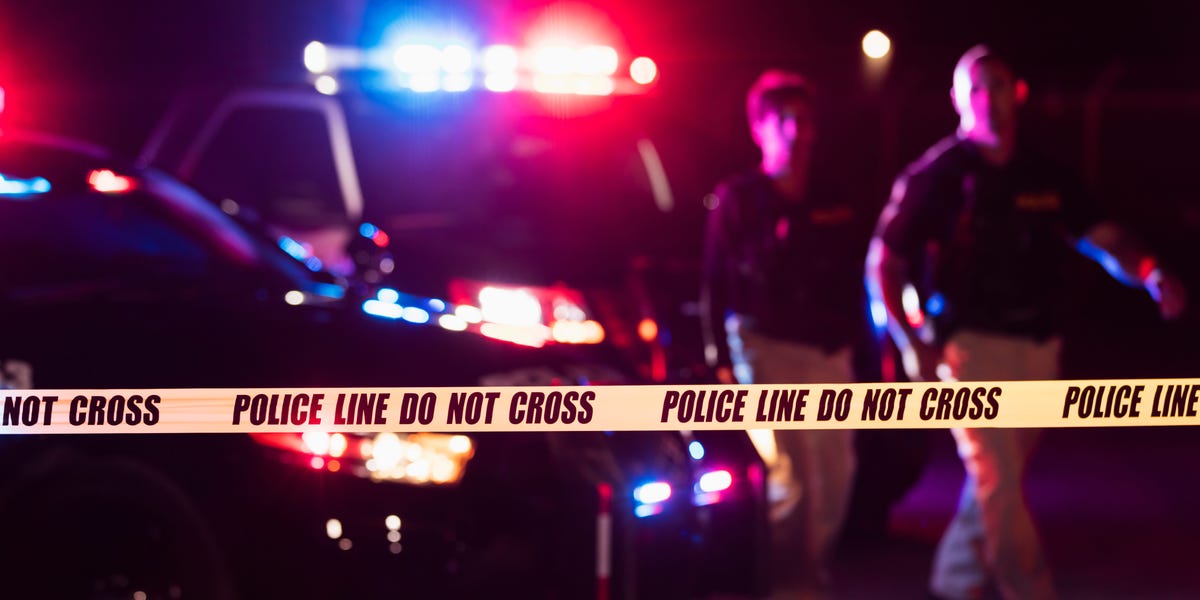 The 42-year-old armed man who entered a Texas summer camp on Monday and fired two shots at a staffer and children before being killed by police wasn’t allowed to own a gun because of a prior conviction for manslaughter, court records show.

But the shooter’s wife revealed this week that her husband took and used her handgun that she kept locked away.

The case shows the complexities of firearm ownership and the difficulties of keeping guns out of the hands of those who legally shouldn’t have them.

“Just because you’re married to someone who’s a felon doesn’t deny you your Second Amendment right,” Eugene Volokh, a professor at UCLA’s School of Law who teaches a seminar in firearms regulation policy, told Insider.

LaQuitha Ned told WFAA on Wednesday that her husband brought a gun she owned to Duncanville Fieldhouse, near Dallas, where he got into — and was killed in — a shootout with local police after shooting at a staffer and into a locked classroom with children inside.

Over 250 children were inside the camp at the time, but no one else was hurt.

“I didn’t know he had the gun at that time,” Ned said in the WFAA interview. “He’s not supposed to own a gun. I own a gun. It stays in a lockbox with the key hidden.”

Other members of the shooter’s family told NBC5 that he didn’t normally carry a firearm. In fact, a priori conviction made it illegal for him to have access to a gun.

According to court documents, the shooter was convicted of a second-degree felony in 2011 for intoxication manslaughter and sentenced to two years in prison.

A police report at the time said the man was driving at a “high rate of speed” on December 31, 2010, when he swerved and hit a curb.

His blood-alcohol level was 0.17 — more than twice the legal limit — and the man riding in the passenger’s seat was killed.

Under Texas state law, a person convicted of a felony can live in a home with a firearm if five years have passed since they completed their sentence. But federal law prohibits people from owning a firearm themselves if they were convicted of a crime that is punishable by over a year in prison.

UCLA professor Volokh said the shooter would have had to comply with both state and federal law — meaning he could not own, possess, or have ready access to a gun.

Volokh said the law may require that the gun is locked up or made inaccessible. Even if someone not allowed to own a gun doesn’t physically touch the weapon, it may be viewed as a form of possession even if they just have access to a firearm.

As long as the gun is kept locked up, Volokh said, no one is committing a crime.

“Generally speaking, we do not visit the sins of people on their spouses,” Volokh said. “She may have to be somewhat more constrained in exercising. She may have to have it be locked up, but we can’t just say, ‘well, look, you’re married to a felon; no gun for you. You can ‘t have the tools necessary to defend yourself.’ “

It’s not immediately clear how the shooter was able to get access to his wife’s gun. The Texas Department of Public Safety, which is handling the investigation, did not immediately respond to multiple requests for information from Insider.

In interviews with local media, the gunman’s family apologized to everyone who was at the summer camp during Monday’s incident.

“I really want to find out what happened to my husband,” Ned told NBC 5. “I know that he would never hurt anybody.”

She said she discussed with her husband last month’s mass shooting at Robb Elementary School in Uvalde, Texas, where an 18-year-old man shot and killed 19 children and two adults.

“He felt like the guy was selfish. We talked about these things. And then this happened,” she said.