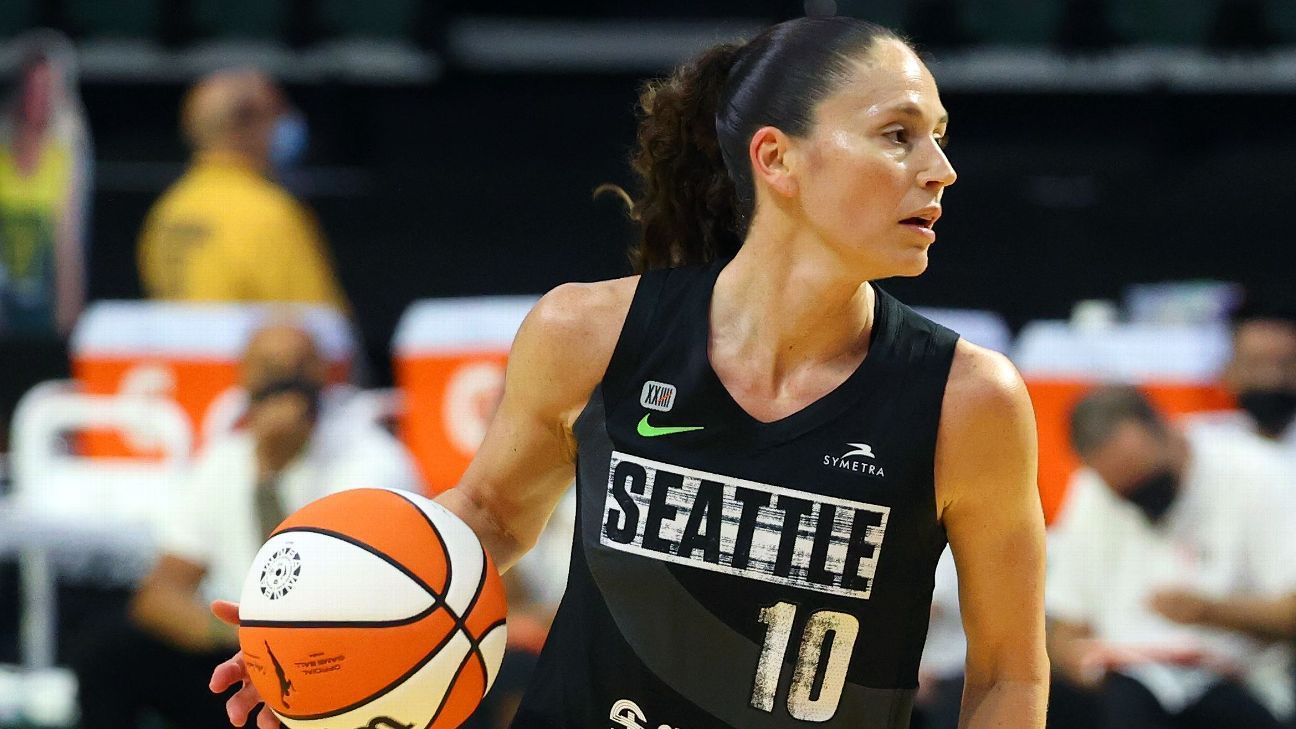 WNBA legend Sue Bird, the league’s all-time assists leader, announced Thursday that she will retire at the end of the 2022 season.

“I’ve decided this will be my final year,” Bird, 41, posted on social media. “I have loved every single minute, and still do, so gonna play my last year, just like this little girl played her first.”

The 12-time All-Star and eight-time All-WNBA selection had previously said she considered retiring after the 2021 campaign, but this past offseason she signed a one-year deal with the Seattle Storm, where she’s spent her entire 21-year WNBA career. Though she’d indicated this could be her last season, she didn’t publicly commit to anything until now.

She joins Sylvia Fowles, the league’s all-time rebounding leader who’s also considered one of the all-time greats, as WNBA luminaries to announce their retirements following the 2022 season.

Bird’s decorated career across two decades and at all levels catapults her into the conversation for one of the greatest basketball players and champions of all time. The former No. 1 draft pick in 2002 won four WNBA titles with the Storm in 2004, 2010, 2018 and 2020, making her the only WNBA player to win titles across three decades. She also was selected to each of the WNBA’s milestone teams, including most recently W25 in 2021.

The Syosset, New York, native starred at Christ the King High School in Queens before opting to play for coach Geno Auriemma at UConn, where she guided the Huskies to national titles in 2000 and 2002, the program’s second and third championships. She was named national player of the year in 2002 while part of arguably the greatest starting five in women’s college basketball history.

Bird, who missed time this WNBA season in COVID-19 protocols and most recently with a non-COVID-19 illness, is averaging 7.8 points on 33.8% shooting (both career lows), but her 6.6 assists per game are tied for the second most in her career.

Her longevity — which she credits to her work with performance trainer Susan Borchardt — is unmatched, as her 19 seasons playing in the league (she missed 2013 and 2019 thanks to injury) are more than any other player’s. She’s the only WNBA player to appear in at least 500 games, starting in all 559 career contests.

While initially being relatively soft-spoken, Bird has increasingly opened up about her personal life, transforming her into a culture icon in the process. She came out as gay and revealed her relationship with (now engagement to) soccer star Megan Rapinoe, with whom she hosted the ESPYS alongside fellow Seattle star Russell Wilson in 2020. Off the court, she served as vice president of the WNBA players’ association and helped negotiate the league and players’ landmark collective bargaining agreement in 2020.

Bird’s announcement coincides with the Storm’s second-to-last regular-season road trip to Connecticut, where she spent her collegiate career, and their final game in New York, where her family is from.

“As the season has gone, like I said, I pretty much knew, and then once I saw the schedule, and then once I started packing for this trip a little bit, I was like, ‘Oh, this is gonna be my last time playing in New York. My last time playing in front of my family and friends.’ And so that’s why the timing of this is what it is,” Bird said in a video posted by the Storm on social media.

“I just really felt strongly about announcing my retirement, saying it was my last year so I can share that with my family and my friends, all the people in New York who have watched me growing up so they can come and see me play for the last time in my home state. So I’m excited about that. It’s also bittersweet.”

The 9-5 Storm, who have won two of the past four WNBA titles, are No. 4 in the WNBA standings as they seek to send Bird out on top with one last title.

Information from The Associated Press was used in this report.